Vacherin Mont D’or is a particularly rich, creamy, melts in the mouth, more-ish soft cheese. From the same family as Brie and Camembert. Its more robust and nutty than a brie and isn’t as smelly
Vacherin is a seasonal cheese, its at its peak of perfection between October and March, by regulations it can be made only from the milk of two breeds of mountain cow during the winter months then they their feed is natural hay.

To explain, Franche-Comté is one of the most distinguished dairy areas of the world, famous for two very big cheeses indeed, Le Comté, which is a variety of Gruyère, and the French version of Emmental called Emmental grand cru.

To make just one of these cheeses might use up all the milk from two or more farms, so the region developed a system of collective dairies, a system that worked well, except when the routes to the dairy (called a fruitière) were closed by bad weather. When snow or gales struck, the farmers were stuck at home and had to make their own small cheeses. Naturally, they turned this into an art form.

Read our recipe to bake the Vacherin to a fondue-like dippable cheese here.

This devine cheese is now available to buy here: 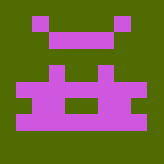