We are now stocking More for Alex James’s amazing artisan cheeses, After years of chart success with british band blur Alex James turned his hand to Cheese Making, as a result of this he has produced a number of fantastic Guernsey milk cheeses.We have always sold the Gold Cheese Award Winner Goddess, now we are selling his whole range after picking up numerous cheese awards along the way.

Come in and try these beautiful british cheeses now in stock!

Gold award winner at the world cheese awards! A delectable semi-soft cheese made with rich Guernsey cows’ milk. The curds and rind are gently washed in Temperley Somerset Cider Brandy.

Goat cheese washed in Temperley Somerset Cider Brandy and wrapped in a vine leaf. At 2-3 weeks it is nutty and lemony fresh. Gradually the rind softens, the texture becomes silky.

It is a decadent new addition to the range of cheeses from the rock-star cheese producer. The cheese is complex with a spicy bite from the blue – a mix of blue sharpness with sweet creaminess – the feel of a British Gorgonzola. 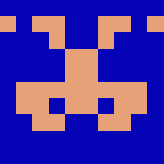 Faces to Places Muswell Hill
We are valentines Ready!